Rotterdam is a city of many faces: a tough port city, a trendy nightlife city, a sophisticated shopping city, and a hip artistic city. Above all, Rotterdam is the architecture city of Holland that stimulates innovation. Its skyline is always changing. There are many things to do amid around Rotterdam’s skyscrapers. You can go shopping, enjoy some excellent food, and visit a range of museums and attractions in and around the city center.

The best-known museums in town and two of Holland’s most sophisticated museums, Boijmans van Beuningen and Kunsthal, are located on in the Museumpark in Rotterdam. Elsewhere in the city you will find even more museums and exciting attractions, such as the Scheepvaartmuseum shipping museum, Hotel New York, Spido and Steamship Rotterdam. If the cultural offering doesn’t convince you, the huge and varied shop offering will.

Rotterdam is the second largest city in Holland and unlike any other Dutch city. With its impressive skyline, Rotterdam is also called ‘the Manhattan on the Meuse’. Rotterdam’s skyline is completely unmatched and the city’s tightly woven high-rises look amazing from any distance. For a truly speculator spectacular view, head over to the Euromast. From the tower’s 96 meter high observation deck, the Euromast offers you a stunning view

Rotterdam is an architectural and cultural metropole with countless attractions, festivals and museums. The city has a lively, young urban culture and an unmatched selection of shops, restaurants and cafes.

Rotterdam used to be a labourers’ city, which has lived on in its way of thinking characterized by honesty and hard work. 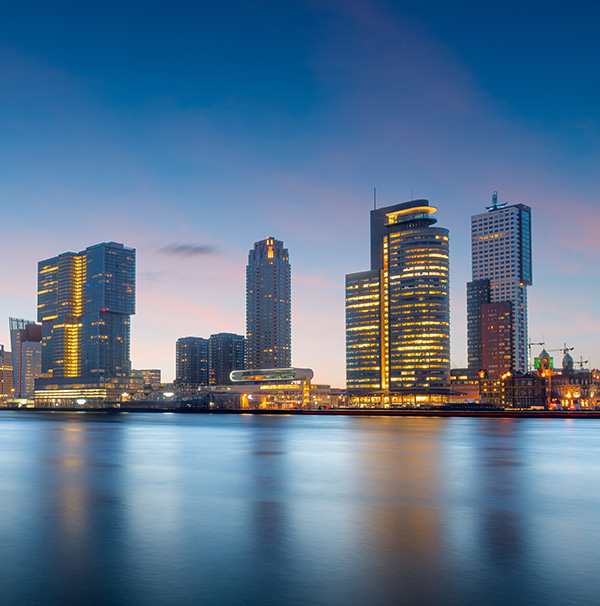 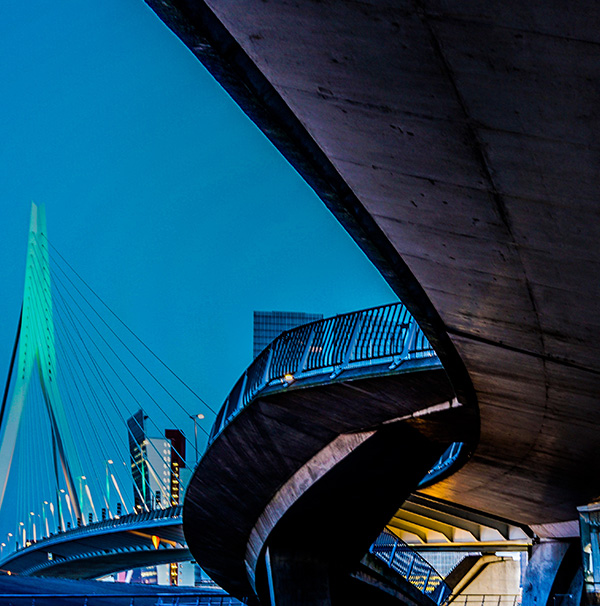 Rotterdam lost most of its pre-20th century architecture during World War II, when German airstrikes levelled the city. Afterwards, Rotterdam was rebuilt according to contemporary design standards leading to its current ultra-modern urban layout. Today, there are dozens of incredible buildings inside Rotterdam and the city has the highest concentration of skyscrapers in the Netherlands.

There are many architectural masterpieces in Rotterdam including the city’s famous innovative Cube Houses. Architect Piet Blom tilted the cube of a conventional house 45 degrees, and rested it upon a hexagon-shaped pylon.

Furthermore, the 18 gigantic windmills also known as The Mill Network near Kinderdijk are collectively recognized as an UNESCO World Heritage Site due to their cultural and historical significance.

Most of these mills were built in the17th century in order to drain waterlogged land and prevent flooding. Kinderdijk is located 25 km  east of Rotterdam. You can reach the site by bus or boat.

HOW TO GET TO ROTTERDAM

It is easy to travel by metro or tram in Rotterdam. The water taxi is a special means of transport, taking you at high speed to over 50 spots in Rotterdam and the surrounding area.